During Blizzcon 2018 was presented a new short film World of Warcraft: Battle for Azeroth called “a Disgrace”. It demonstrates the dialogue of the leader of a Horde of Saurfang with king Anduin.

Brews Saurfang imprisoned in Stormwind, in the heart of the Alliance. And it is a conversation with eye to eye with king Anduin Random, but much more complex internal dilemma.

The Studio Jagex announced the release of the MMORPG Old School Runescape on mobile devices. The game is already available in the App Store and Google Play.

Old School Runescape — re-release of the original game in 2007, which is developed and supported in parallel with the modern version.

The game also supports cross-play between mobile devices and PC, but this option is available only to owners of a monthly subscription. The title itself will be free.

When the Battle of Azeroth, was released in mid-August, the majority of players are leveling to max level took about a week. The player with the nickname Doubleagent, the only pacifist WoW, it took 77 days, and his path was not so fun.

Doubleagent is a kind of celebrity in the community of World of Warcraft. Unlike RAID groups and well-known Goncharov Azeroth, Doubleagent is known as the player who pumped exclusively non-combat methods — collecting flowers and ore. Perhaps this is due to the fact that the Pandaren race is starting to play the neutral party and choose Horde or Alliance is not required. Instead, the player has spent thousands of hours walking around the island and collecting all the colors.

Now, when gamers reached the maximum level, he can play other characters and do more fun activities.

ZeniMax Online and Bethesda have released Murkmire — a new addition to The Elder Scrolls Onlinethat adds a new location and storyline dedicated to Argonians.

The DLC also introduces new enemies and arena Blackrose Prison, where four players have to fend off waves of enemies. For the win gamers will get a set of weapons with special attacks.

Addition Murkmire is already out on PC, while PS4 and Xbox One it will appear only on 6 November. DLC can be purchased for in-game currency, the Crown, or to the ESO Plus subscription, which costs in Steam is 979 rubles a month.

It seems that role-playing game Path of Exile from the Studio Grinding Gear Games may soon appear on PS4. Yesterday it became known that isometric MMORPG got the age rating for the Sony console in Taiwan.

A year ago the developers said that porting the game to Xbox One is a lot easier than on PS4. Apparently, they still managed.

Now Path of Exile is available only on PC and Xbox One. It is free and gets regular updates, enhancements and new content.

About the versions for the Nintendo Switch can not hear anything.

The gaming division Amazon Game Studios has released the first official trailer for its MMORPG New World. The game is developed on the graphics engine Lumberyard Engine and the developers focus on the night time.

New World is a sandbox, where hundreds of players will fight for the newly discovered continent, full of mysteries and riddles. In the world of the game you can build FORTS and also give jobs to other players.

From the New World yet there is no release date.

Echtra Games have shared a 40-minute recording of gameplay demo versions Torchlight Frontiers for gamescom and PAX West. Developers are also reminded that it will soon begin public testing of the game.

On the record focuses on the nuances of the combat system, interface, skills, characters and game hub, where you can visit the dealers and start quests. The battle the developers have gone mage, and then chose a robot working for a couple.

The release date of Torchlight Frontiers is not reported, the game will be on PC, Xbox One and PS4.

Three days later — September 11, opens the mythic difficulty of the first RAID of the Battle for Azeroth. This incredibly complex version of the RAID will pit teams against eight bosses, each of which has a series of unique abilities, capable of easily destroying even the most experienced of the group. Then, for the first time in the history of WoW, top Guild of the game — Method — hold a stream with attempt a RAID on Twitch.

The race for the execution of the raids — a classic form team of the competition among the top guilds in World of Warcraft. This is not a simple task, sometimes guilds are trying to defeat the same boss for 16 hours a day. Although the current raids did not require so much time veterans of WoW remember the days when raids took literally weeks. The reward will be the fact that you were in the first group, the last RAID… until the next race.

Normally, the top guilds don’t stream the process of passing, fear of theft strategies, so you have to watch more experienced teams, who do not follow the passage. And a Method wants to change that attitude, and why I decided to stream attempts.

Dozens of members of the Guild Method will launch its stream, so that it is possible to observe the process from different positions.

The Studio Jagex announced that the MMORPG Old School Runescape will be released on iOS and Android next month — October 30. In July, we launched the record on the beta, which was able to attend only the owners of premium accounts Jagex.

Old School Runescape — re-release of the original game in 2007, which is developed and supported in parallel with the modern version. 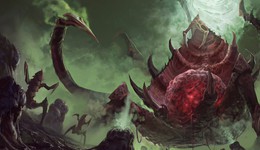 The game also supports cross-play between mobile devices and PC, but this option is available only to owners of a monthly subscription. The title itself will be free.

Chinese publisher Leyou Technologies announced that the development is a new MMORPG in the universe of “Lord of the rings”. The development of the game will be engaged in the newly established Studio Athlon Games.

According to the official press release, the events of Middle-earth MMORPG to turn around in the years before the events of Lord of the rings. The publisher is going to provide an exciting new experience for an epic study of the universe created by Tolkien.

On the official website of Athlon Games Studio writes about himself:

Our goal is to create AAA-project for consoles and PC, gamers who want to play for years to come. We believe that great games are created based on user opinions. Our games should be of the highest quality and you need to surprise our fans during the day, week, month, year and beyond.

Obviously, it will take some time before the publisher and the developers will give the first details of his project. While fans of the Lord of the rings can spend time in the Lord of the Rings Online from the company Standing Stone Games.